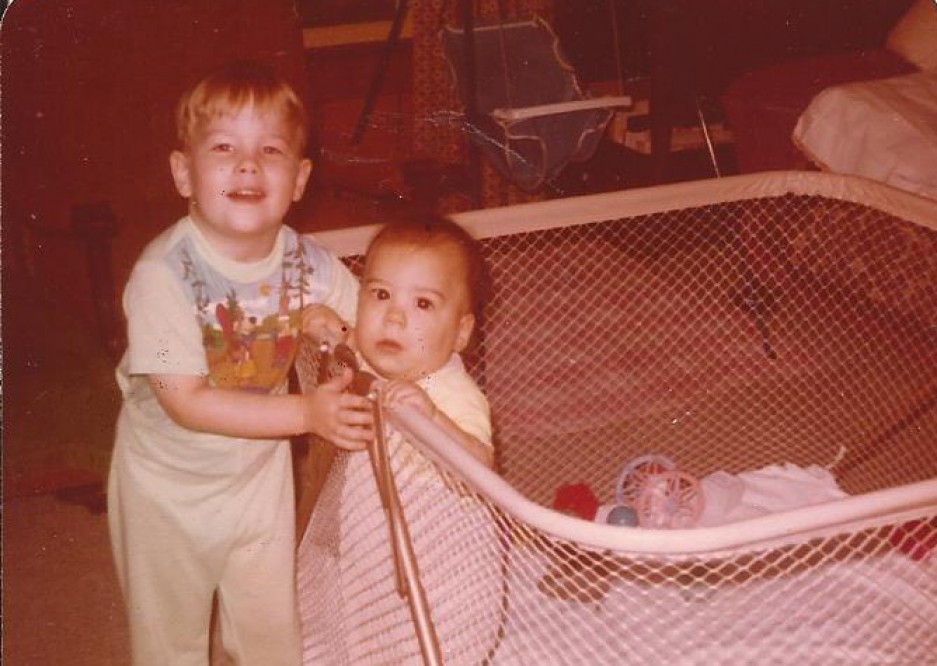 Today marks 22 years that hubby and I have been married! This is exciting! Two years ago, I didn’t think I would live to see our 20th anniversary. I was so sick. But hubby has nursed me back from almost dead, and now I’m on track to better health.

I’m so pleased with my hubby! He not only helped me back to being healthier, but even when I’m sick, he still goes to church without me. He is a man of faith, passionate about his love for our country, and has proven his love for me over the years.

He took care of me when I couldn’t take care of myself. Through four strokes, a myriad of other health issues, and he even dressed me when I couldn’t lift my arms. Every day. For three years or more. And he still helps me with my shoes. (I get dizzy when I bend over.)

I no longer drive, so he takes me everywhere I need to go, without complaint. In the last 22 years, we have never had an argument! We may disagree on things, but we choose not to fight about them.

I am a very fortunate woman who loves her husband even more than forever!

So, here’s to you, Sweetie, and I look forward to the next 22 years and beyond… even beyond this life. I love you more than there are words to describe.

Do you have anyone for whom you are grateful? How do you show your love?

This one is short and sweet!

Today I am thankful for 5 pair of shoes! My five gratitude list:

Sorry for the blur on some of them. I’m still learning how to use my phone.

What are you thankful for this Thursday?

Today I am thankful for a fitness group I belong to. It keeps me focused on what really matters as far as my health is concerned.

Here I posted about a salad I had for lunch, the water I drank, and my walking. It’s so hot that I walk in the local stores. And the gator is representative of the group.

This was my Transformational Tuesday post from last week. It’s my before and after pics from my healthy travels. I can’t take credit for the weight loss, though. My body did it to me. I got so sick. But I am recovering nicely! I’m thankful for that.

This shows my first meal of hubby’s and my new whole foods, plant-based diet. It’s not really a diet, but a new way of life. I’m thankful for the knowledge I am gaining regarding this.

Here I am demonstrating that I can get exercise and fresh air even when I can’t make it out to walk. I am thankful for the physical therapy exercises I do.

This was my second to last meat eating day. But what I am thankful for here is my ability to walk. I’m thankful for my walker which helps me to remain steady. I don’t want to fall and break bones!

So what are you thankful for this Thursday?

Four pairs of shoes and my walker. Five things for which I am grateful. Because I have balance issues, I’m grateful I can walk with the aid of my five “friends.” I’m grateful for my legs and feet that keep me mobile! And for hubby who takes me wherever I want or need to go!

What 5 things are you thankful for this Thursday?

This is where I live. I love the dead end sign. The street doesn’t just end, but if you ignore it, you’ll end up in Lake Tohopekaliga! It’s one big lake. In fact, there are national bass tournaments here.

I tried to capture a Florida sunset from the car. It was much more beautiful in person. I think I was a little late in taking it, and the lights on I-4 competed too much with it.

Outstanding in their field. Or standing rib roast! 😀 What captions can you come up with?

If you’ve already registered for Kidlit Summer School 2016… Hooray! You don’t need to register again, but you can still take advantage of the GIVEAWAY we are offering at the end o…

I’m thankful for my comfy shoes. They’re awesome to walk in!

I’m thankful for my family. My mom has been gone for over 45 years now, and I still miss her!

I’m thankful for the farm stand that I love to go to for fresh produce. (Love the eggplant smiley faces!) Today we bought bell peppers, Vidalia onions, carrots, celery, and vine-ripe tomatoes.

I am thankful for the beef stew hubby made for dinner from our leftover roast from Sunday, and using some of the produce we bought today. It was scrumptious, btw!

And again, I’m so grateful for hubby, who takes me walking everyday and drives me wherever I want to go.

What are you thankful for this Thursday?

I love to walk and, since it’s so hot, we’re walking in the air-conditioning of Walmart. For those who don’t know, I have had four strokes and there were times I could not walk at all. So I’m grateful for my legs, for my balance (although I still need a walker or some other aid – like hubby!) and for my strength to walk.

When I was little, I hated walking, because my mom didn’t drive and we had to walk everywhere! On the way to a laundromat (because our washer was broken), I told her that my shoes hurt. She knew I wanted her to carry me, but in her lovingly sarcastic manner, she told me to take them off. Needless to say, I didn’t get picked up, and I didn’t take my shoes off, either. Pavement isn’t kind on little feet, and in Florida, it gets quite hot!

But now that I’m older and, hopefully, a little wiser, I have learned to appreciate what God blessed me with. And if I don’t use my legs, my muscles will atrophy. What a tragedy it would be if I wasted such a gift. How many people are there who wish they could walk? I would be such an ungrateful person!

So I walk. And love it. I love being able to get out and about. I love doing my own grocery shopping. I love to meet and greet people. And I hate having to depend on hubby more than necessary. I don’t ever want him to think I don’t appreciate him.

A bit blurry, but check out my walking shoes!

What kind of exercise do you like? How do you appreciate your gift of mobility?

There is a simple tile here. It was placed as a tribute to the Filipino people who helped to keep the American soldiers safe from the invading Japanese during WWII.

Do you see the one that reads Walter Chatham? He was my father, and he was one of the survivors of the infamous Bataan Death March.

I asked him once how he escaped, and he said it was quite by accident. He had been helping to carry his captain (because if you straggled or fell along the way, the Japanese soldiers would just bayonet you) when the man said he couldn’t make it any further. So my dad looked for a somewhat (nothing was comfortable there for the POWs) soft spot to lay him down that was camouflaged from their captors.

He told me how the terrain in the Philippines was very deceptive, and what looked like a good place turned out to be a dropoff of about forty feet. And they both fell.

As the company moved on, the Filipinos would watch from atop the trees, and once they were out of view, they would scurry down and rescue any man who had escaped.

My dad was taken to one of Fassoth’s camps, where he recuperated (relatively speaking), and he stayed with them until, about five months later, he was recaptured when the Japanese invaded the camp.

If you are interested in learning more, a good book to read is Behind Japanese Lines by Ray Hunt. Ray escaped about ten minutes after my dad, and he tells a little of my father’s story in his book.

These are the men who fought and suffered to ensure that you and I could live in a free land. My dad was a patriot to his death at age sixty nine. I didn’t always like my father, but I love him.

Who do you honor today?

Short Wisdom
GrinningGranny
It's my NewZ

Empower Me
Avocados and Ales

Vegan cooking from the Midwest

vegan recipes, books and festivities... Among the trees in Scotland.

Our small family living in a 5th wheel following Dads work as a rock fall technician... what could go wrong?

Create A Better Version Of Yourself