Sing unto the Lord; for he hath done excellent things: this is known in all the earth.

Cry out and shout, thou inhabitant of Zion: for great is the Holy One of Israel in the midst of thee.

What scriptures are you pondering this Sunday?

What healthy things are you choosing to do on this Wellness Wednesday?

Since yesterday was her 65th birthday, with her permission, I thought I’d share with you a few of my memories of my sister Sally. 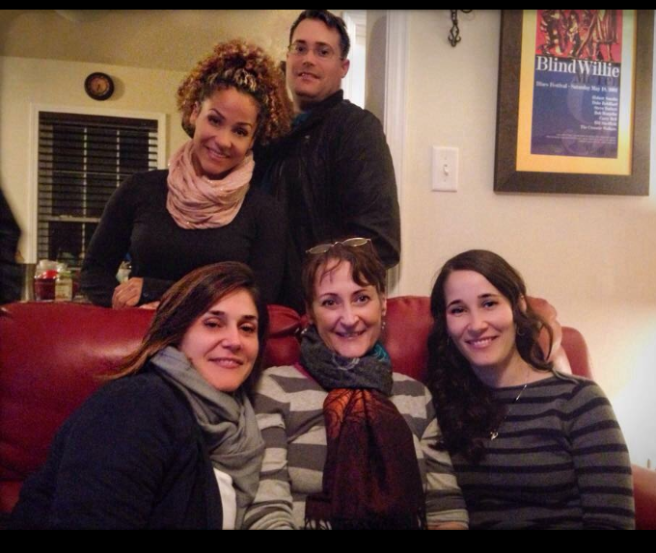 I love this picture of her with her children. Kelli and Tony are standing, and Jan, Sally, and Becky are seated.

When we were little, Sally and I used to make up all kinds of skits that we would practice and then perform for our family. They were always centered around a dancer and a klutz, because she was graceful, and well, I was a klutz. (I still am!) They were just silly little things, but we had fun doing them.

When Junior died, I had family members calling me and saying, “Betty Jean, come home.” I knew they meant the best for me, and it was really hard to help someone who lived 2800 miles away. But Sally called and just cried with me. She was also the only member of the family from Florida who was able to come to the funeral. She is who taught me it was ok to be angry. To feel my feelings.

I’m grateful for the special bond we have, despite our totally opposite political views. We’re still sisters. And I love her more than there are words to express.

By this shall all men know that ye are my disciples, if ye have love one to another.

What scriptures are you pondering this Sunday?

I almost forgot! I’ve been thinking all day that it was Tuesday!

I don’t really have much to share except that I’m finally writing that book. And I’m focusing on how Heavenly Father helped me climb out of the depths after the deaths of my boys.

I’ve actually had about 6 books on my mind, and my ADHD has kept me so distracted, I’ll start, and quickly move to another idea. But this time I have my outline, intro, and I’m about halfway done with my first chapter.

As a health update, my doctor is sending me to a hematologist. My iron levels keep dropping despite the meds.

But I’m not giving up yet! I have a book to get written!

I’ll keep you posted on both my health journey and my book.

What are you doing to get/stay healthy today?

Had he lived, Junior would have been 42 years old today. He was the jokester in the family. He could get his own way with just a look or a smile, at the consternation of his brother.

When he was just a little over a year old, he was at his dad’s house where he broke his leg. I never really learned the circumstances, but he spent the next 34 days in the hospital. In traction. They talked of putting him in a body cast but never did.

When I first saw him, he was as cheerful and mischievous as ever. I didn’t notice at the time, but the weight was on the floor. The nurse ran in saying, “No! No! You can’t have the weight on the floor! That’s what gives you traction!”

She pulled him back up, reset everything, and as soon as she was leaving, he was already scooting himself back down. This happened several times before they decided to tie him to the bed. They wrapped sheeting up under his shoulders and around his body to keep him from moving down.

But they had glass bottles because it was the only substance that could be sterilized. He would take a drink or two and grab it by the nipple and wait. If he caught the nurse’s eye, he would flip it out from between the bars and watch her dive for it. It always hit the ground and shattered before they could get to it.

And he would giggle so hard. They finally took the bottle away from him.

But with Junior, it was always a learning curve. He wasn’t difficult except in his mischievous ways (and later, when he began running away from home to avoid the consequences of not going to school) and the fact that he never slept through the night…always woke up every hour.

But I am proud to be his mother. He taught me unconditional love.

Happy birthday in Heaven, my son. I miss you!

I call on heaven and earth to record this day against you, that I have set before you life and death, blessing and cursing: therefore choose life, that both thou and thy seed may live:

What scriptures are you pondering today?

Today is a very special day. I like to post recipes, things related to my health, and such, on these days, but I’m focusing on my mental health today. Specifically births and deaths. 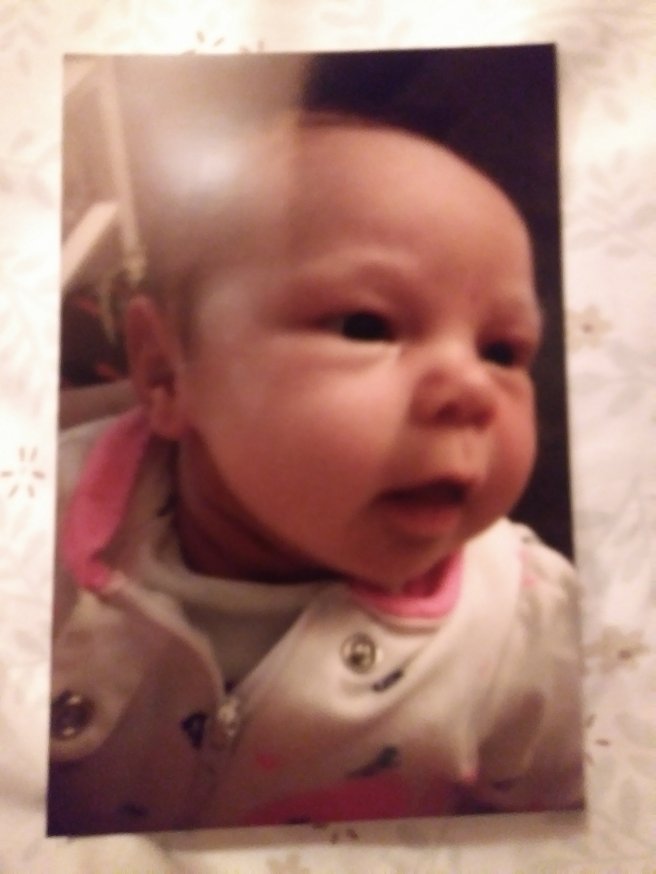 My granddaughter, Shelby, was born in Denver a year ago today. The same day we were hit with a hurricane here in Florida.

Exactly 3 weeks later, she passed away. We never found out why, except that she was in full cardiac arrest when she got to the hospital.

It has been said that grief is as great as your love. We will grieve as long as we live.

Today is also the 48th anniversary of the death of my mom. She would have turned 100 last December. This photo was taken just 5 months before her death. Sometimes it still feels just as heartwrenching as it did that Saturday afternoon when we got the news.

I don’t pretend to have any answers. We just learn to live without them, our lives being a little richer for having them, and a little poorer in losing them.

What are you doing to aid your mental health tonight?

This is my first Christmas. I’ve said before that I was the baby of the family. Here I am 7 months old, and obviously giving my poor mother a bit of a hard time! On the couch from my dad toward my mom are Sally, 2, Connie, 3, Peggy, 4, Patty, 5, and my brother Jimmy, 8, is on the floor.

Of course, I have no memories of this, but I do have remnants of memories about Phillipsburg, New Jersey, where all my siblings and I were born. I remember the music that filled our home. And I remember my brother terrorizing us! But we all turned out no worse for the wear. Jimmy actually became a pretty decent human being. Lol!

I miss my parents, but we’ll all be reunited someday. Until then, my siblings and I still have each other. The only deaths in our generation has been spouses. Jimmy, Peggy, Sally, and I all have exes who have passed, and most recently, my brother’s wife passed just this July 30.

Such is life. Embrace the memories, but live for now. Count your blessings and never let a day go by without expressing how you feel to your loved ones. You may never have another opportunity.

And, in the words of my younger son, don’t take life too seriously. There’s always something to laugh about.

Will ye not now return unto me, and repent of your sins, and be converted, that I may heal you?

What scriptures are you pondering today?

Short Wisdom
GrinningGranny
It's my NewZ

Empower Me
Avocados and Ales

Vegan cooking from the Midwest

vegan recipes, books and festivities... Among the trees in Scotland.

Our small family living in a 5th wheel following Dads work as a rock fall technician... what could go wrong?

Create A Better Version Of Yourself